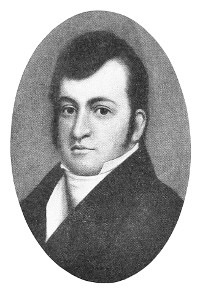 Edward Gratiot was the son of Colonel Henry and his wife Susan who were some of the earliest families to settle in the Shullsburg Area. Colonel Gratiot and his brother Beon were instrumental in settling Gratiot's Grove (Now a ghost town just south of Shullsburg) in the late 1820's. Colonel Gratiot was given the job of Agent with the local Indian Tribes and desired to keep harmonious relationships with the Sak and Winnebago Tribes. He and his brother were heavily engaged in lead mining in the Shullsburg Area and he is said to have had at least six smelting furnaces on his property at Gratiot Grove. Of all the Government Authorities that the Tribes engaged with, Colonel Gratiot was the most respected by the tribes. When Colonel Gratiot passed away in 1836 the Winnebagos paid a special trip to his home in his honor.